ABOUT THE SUPREME COURT

Applications from the Public 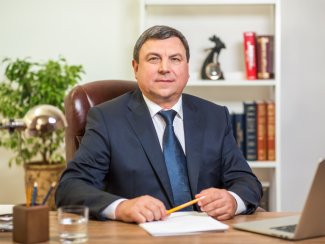 In his welcoming speech, Borys Hulko, the President of the Civil Cassation Court within the Supreme Court, stressed that participation in the seminar of judges of various instances would promote a unified approach to the interpretation of conventions by national courts.

He informed that during its work the Civil Cassation Court within the Supreme Court had considered 37 cases in which the Hague Convention on the International Abduction of Children had been applied, and 12 cases in which the Hague Convention on Parental Responsibility and Protection of Children had been applied. Borys Hulko also said that the Supreme Court was currently preparing a Review of case law on disputes involving a foreign element, in which, in particular, a special place was given to the application of the Hague Conventions in the field of family law.

In addition, the President of the SC Civil Cassation Court noted that the Supreme Court, within its competence, participated in the approval of draft laws on ratification of the new Hague Conventions. For example, last week it supported the ratification of the Hague Convention on the Recognition of Divorces and Legal Separations of 1970 and the Protocol on the Law Applicable to Maintenance Obligations of 2007.

Borys Hulko thanked the EU Project Pravo-Justice for supporting the initiative and for assisting in establishing contacts with the Permanent Bureau of the Hague Conference on Private International Law and international experts who had agreed to share their experience.

In her welcoming remarks, Anna Adamska-Gallant, Key International Expert for Judiciary of the EU Project Pravo-Justice, thanked the co-organizers of the event and noted that the number of seminar participants showed the importance of the topics raised by them for Ukrainian judges.

Gérardine Goh Escolar said she was pleased to see the great interest of Ukrainian judges in the work of the bureau. She noted the high level of professionalism of the speakers at the event, and also congratulated Yuliia Cherniak, Judge of the Civil Cassation Court within the Supreme Court, and Pavlo Parkhomenko, President of the Bakhmatskyi District Court , who had joined the international network of judges of the Hague Conference and could ensure communication of Ukrainian colleagues with judges from other countries participating in the conference.

Victoria Bennett, Judge of the Federal Circuit Court and the Family Court of Australia, spoke in her report on the protection of procedural and substantive rights during the application of the Hague Convention on the International Abduction of Children. She noted that the Convention was aimed primarily at determining the country whose court was to hear the case. The rapporteur also stressed the need to consider such cases as soon as possible and that the court must have sufficient resources and flexibility in making decisions. For example, in Australia, the first hearing in such cases takes place on the day the application is filed.

Victoria Bennett also said that it was advisable that judges be specialized in cases of international child abduction, otherwise there was a high probability of error. Moreover, in this category of cases, the judge must be proactive in view of his experience and professionalism. The rapporteur said that in Australia, such cases in the first and appellate instances were considered by the Family Court, and in the cassation instance - by the High Court, however, very few such cases reached cassation.

She suggested that in Ukraine it would be possible to consider limiting the number of courts of first and appellate instances dealing with international child abduction cases, with judges becoming more specialized.

Andrew Moylan, Judge of the Court of Appeal of England and Wales of the Royal Court of London, spoke about the interpretation of the term "habitual place of residence of the child." He noted that cases with the application of the Hague Convention on the International Abduction of Children in their court were considered by the Family Division. Few cases reach the Supreme Court. One of the purposes of such a system is to consider the relevant cases as soon as possible.

Judicial case law, the speaker said, had formed the understanding that a child's habitual residence was a better factor that could connect him or her to the country than citizenship or domicile. The case should be heard by the court of the country with which the child has the closest ties.

Andrew Moylan cited the case law of the Court of Justice of the European Union and the courts of various countries on resolving relevant disputes. In particular, he noted that there was no exhaustive list of criteria relevant to determining a child's habitual residence.

Joëlle Schickel-Küng, Co-Head of the Private International Law Unit of the Federal Office of Justice, Switzerland, spoke about the grounds for refusing to recognize and enforce judgments in children's cases. She noted that the restrictive grounds for non-recognition of a court decision could only be in exceptional cases. Recognition may be refused if it is manifestly contrary to public policy and in the best interests of the child. This is seldom applied in practice, because if restrictive measures are inherent in only one of the two states, children may not be fully protected.

Jillian Williams, Judge of the Federal Circuit Court and the Family Court of Australia, shared her experience in cases of child abduction. She noted that proceedings under the Hague Conventions were very different from ordinary family cases involving children. Such proceedings are more child-centred and take into account, first and foremost, the child’s welfare and well-being.

Cases of child abduction among others are of the highest priority, and when considering them, the judge must always be aware of the difficulties that the child may encounter upon return to the habitual place of residence, and must therefore carefully consider possible solutions.

Leslie Kaufman, Head of the International Child Abduction Division at the Department of International Affairs at the Office of the State Attorney of the Ministry of Justice of Israel, spoke about the risks of harm to the child and the role of the central authority in returning a child to his or her permanent place of residence. She noted that in order to reduce such risks, courts should act promptly and consider seeking cooperation from central authorities. The central authority may facilitate the return of the child to his or her habitual place of residence and ensure that his or her interests are protected during the court proceedings.

Johanna Gutzeit, Judge of the Pankow District Family Court in Berlin, spoke about hearing the child's opinion during the proceedings. In particular, she said that under German law, the court was obliged to conduct a personal hearing of a child if he/she had reached the age of 14, but in practice children were heard from the age of three. "It all depends on the specific case. Previously the court didn't take into account the opinion of the child at all, and this is not very good, since not taking into account the opinion of the child is very traumatic for him/her,” said the speaker. The judge also noted that the child should have a "right to have a voice", but that did not mean that the right became a "right of veto", and the judge decided whether to take into account the child's opinion or not.

Judith van Ravenstein, Judge of the Family Law and International Child Protection Division at the Hague District Court (Netherlands), discussed the relationship between the provisions of the Hague Convention on the International Child Abduction and the Convention for the Protection of Human Rights and Fundamental Freedoms and the UN Convention on the Rights of the Child. She noted that being relevant, the cases, which are considered by the ECtHR, could be useful when considering the category of cases on the abduction or return of a child. The UN Convention, the speaker added, was also very important, and it stated that the best interests of the child should be a key factor in all proceedings concerning children. The judge stressed that with regard to the legal force of the Hague Conventions in respect of children and the United Nations Convention, the Hague Conventions were regarded as lex specialis derogat lex generali. The judge also added that in the Netherlands there was no cassation review of this category of cases and the final decision was made by the appellate court. 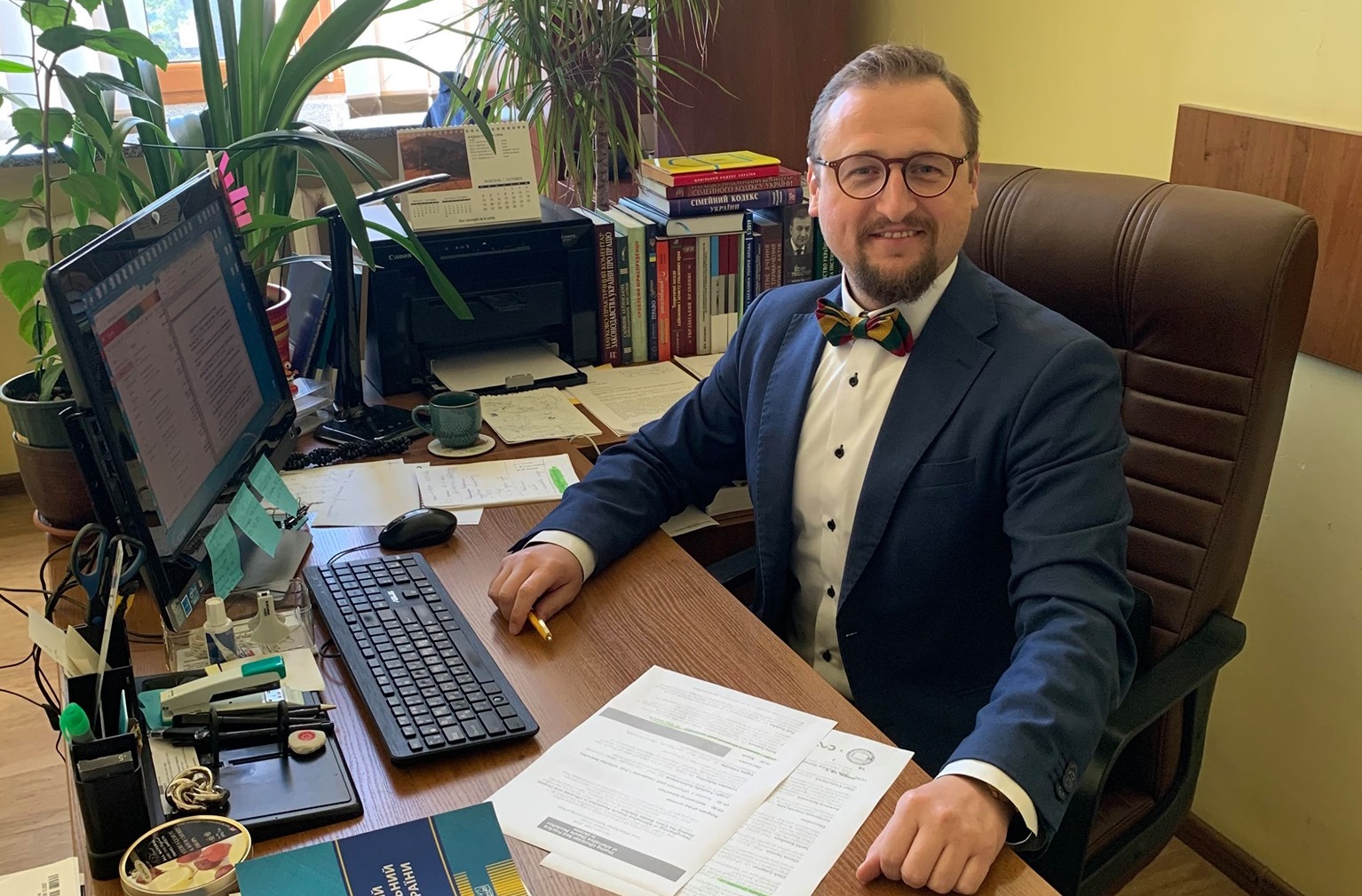 The speakers also answered the questions of the seminar participants and in their turn asked about the experience of Ukraine and the opinion of the judges on certain issues.

Responding to one of them, Borys Hulko noted that the cases concerning the children's place of residence were very serious and complicated. It is difficult to protect the interests of the child when the parents have poor family relationships. He promised to pay attention to the issues raised at the event. In particular, he said that it was expedient to consider the issue of specialization of judges in both the courts of appeal and the Supreme Court.